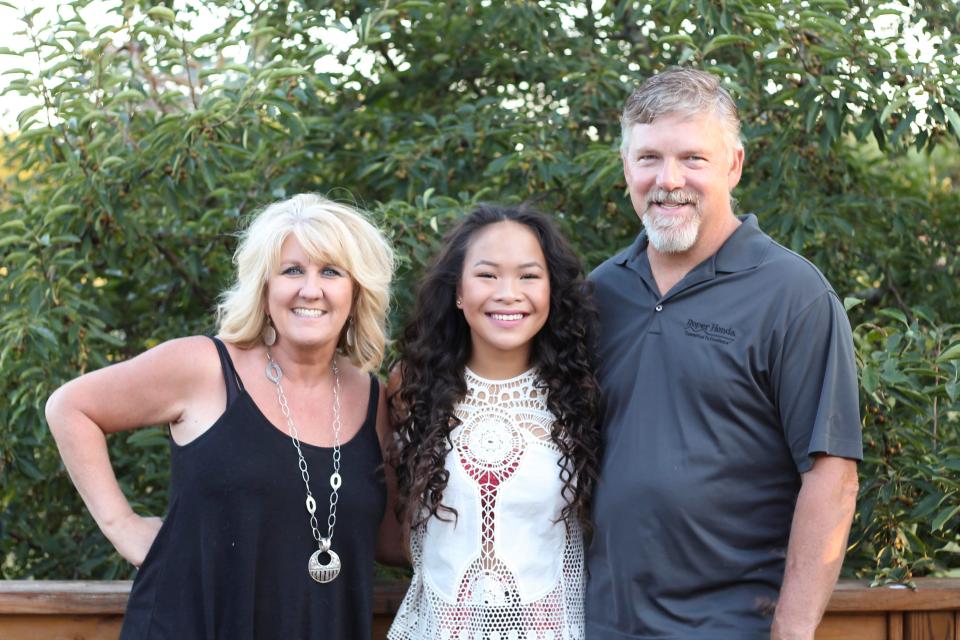 AN amputee teen who lost her legs as her parents unleashed a suicide bomb – is now a model and Paralympic hopeful.

Haven Shepherd, from Vietnam, was just 20-months-old when her parents used explosives to take their own lives – after they realised their extra-marital affair would never be accepted.

The little girl named Phuong Twi Do at birth, was adopted by the Shepherd family who flew 8,500 miles from Carthage, Missouri to take her home.

Inspired by her family, Haven pursued her dreams, pushing herself to learn how to cope with her prosthetic legs.

She only started swimming lessons four-years-ago, but her talent sent her to America’s specialised training academies.

Accepting the difficult fact that she is “different”, Haven said: “It’s a hard pill to swallow but I can’t avoid it and have to tell the truth about what happened.

“One of my earliest memories is my sisters telling me that while I am different from the, my differences are what make me who I am and special from everyone else.”

It’s hoped that Haven, now 14, will represent the USA at the Paralympic Games in addition to modelling.

Refusing to feel sorry for herself, Haven participated in a range of track events, stretching her athletic talents.

Now she hopes to encourage others to “see the unique things about themselves in a positive way”.

Her mum Shelly, 56, said: “We heard about what happened to Haven and were told her grandparents were too poor to take care of her.

“Despite my husband’s reservations about adopting, he fell in love with Haven instantly, she wouldn’t ride in the car unless he was there.

“Haven wouldn’t even nap unless he was holding her, over time she made us realise that she chose us and that not having legs wasn’t a big deal.”

The Shepherd family say they are immensely proud of their daughter’s achievements and since working with Models of Diversity she hopes to inspire others.

Models of Diversity (MoD) is the campaign for better representation of all kinds of people in the fashion, beauty and media industry.

Angel Sinclair, founder of MoD, said: “Haven’s pursuit of her ambitions despite adversity is an example to us all never to give up, as an athlete or a model.

“She’s the embodiment of the idea that you don’t have to look like the mainstream models in order to BE a great a model.