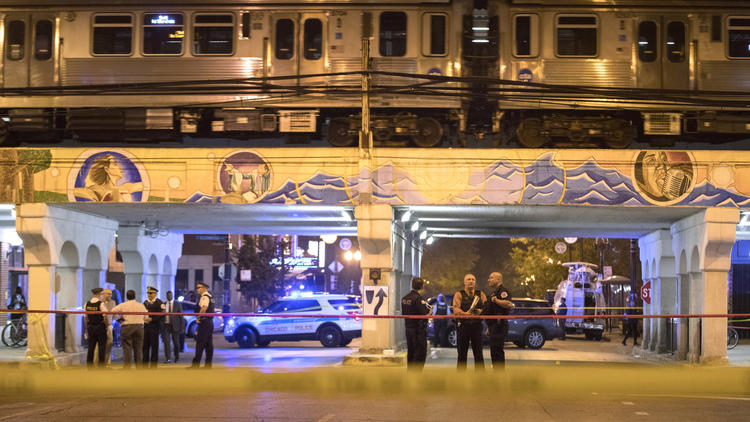 64-year-old teacher killed by a stray bullet. A young mother slain on the front steps of her home. A grade school girl shot and critically wounded in the chest, apparently by accident.

They were among the 22 people shot in Chicago over the weekend.  Nine of them died.

The latest gun violence brought the number of people shot this year in Chicago to at least 3,014, about 440 lower than last year but still hundreds above other recent years.  There have been at least 558 homicides this year.

The weekend had barely begun early Friday evening when teacher Cynthia Trevillion, 64, was fatally shot on the Far North Side while she and her husband, also a teacher, tried to catch a train at the CTA Morse stop in Rogers Park. She had taught at the Chicago Waldorf School.

“I was right beside her,” her husband, John, 69, told the Tribune. “I saw and heard the same gunshots, and I hit the deck before she did. And when she did come down, she had already been shot.”

Police say she was an unintended target caught in the gunfire of a driveby shooting.  A GoFundMe page has raised more than $27,000 for funeral expenses.